Best known for their role in the Battle of Britain, Spitfire Mk-I fought alongside the Hawker Hurricane to defend Britain against the Luftwaffe, and arguably changed the outcome of the war. Many variations of Spitfire were developed during WW2 to counter the ever-threatening German air force. Over 20,000 Spitfires were produced during the course of the war. 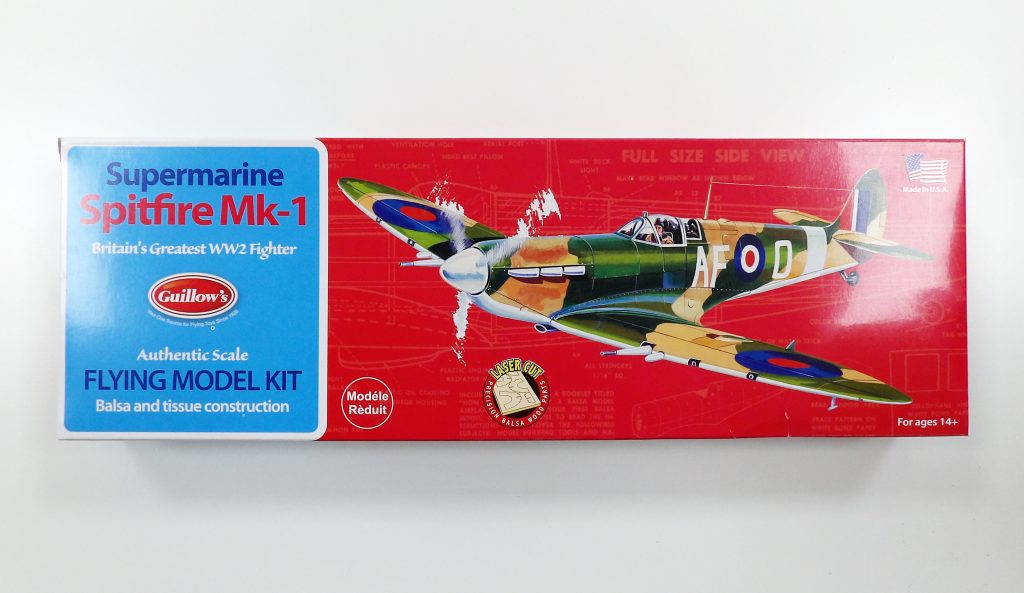 2. The frame was assembled using the building plan. Each basal piece was lined up with the drawing to ensure they were correctly placed. 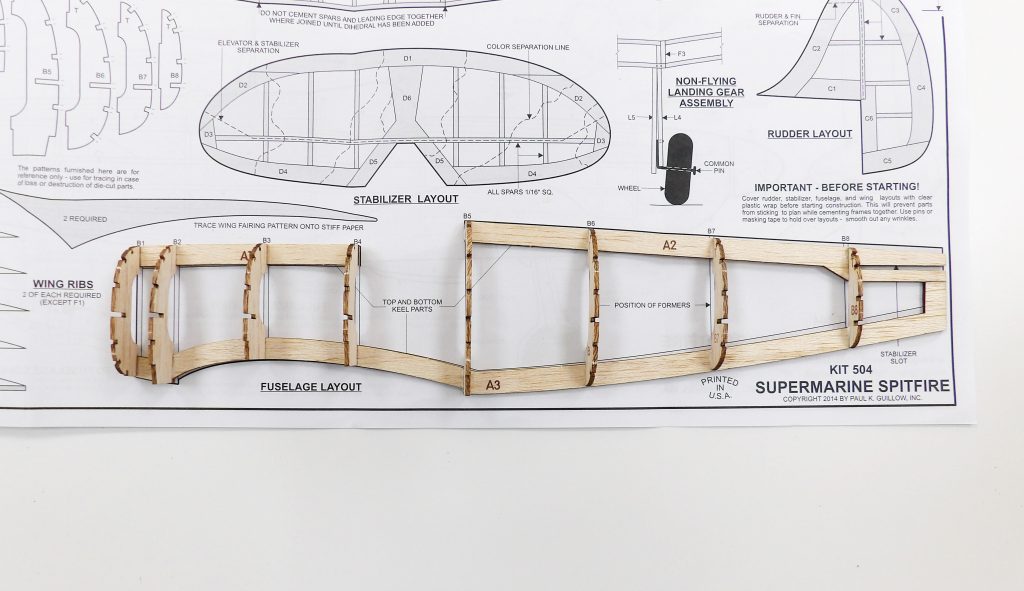 3. Once the main pieces were glued together with wood glue, the stringers were cut to the required length and glued to the main frame. Here is the finished fuselage: 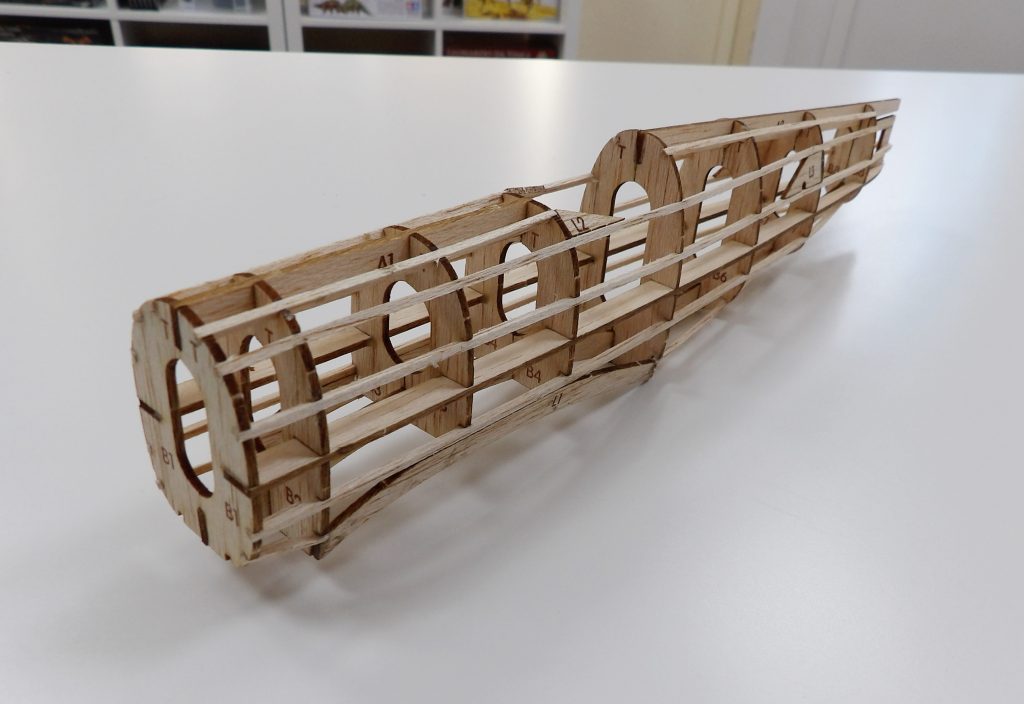 4. Building the wings was a slightly messy process. We made use of a few items available on hand to create the dihedral angle. 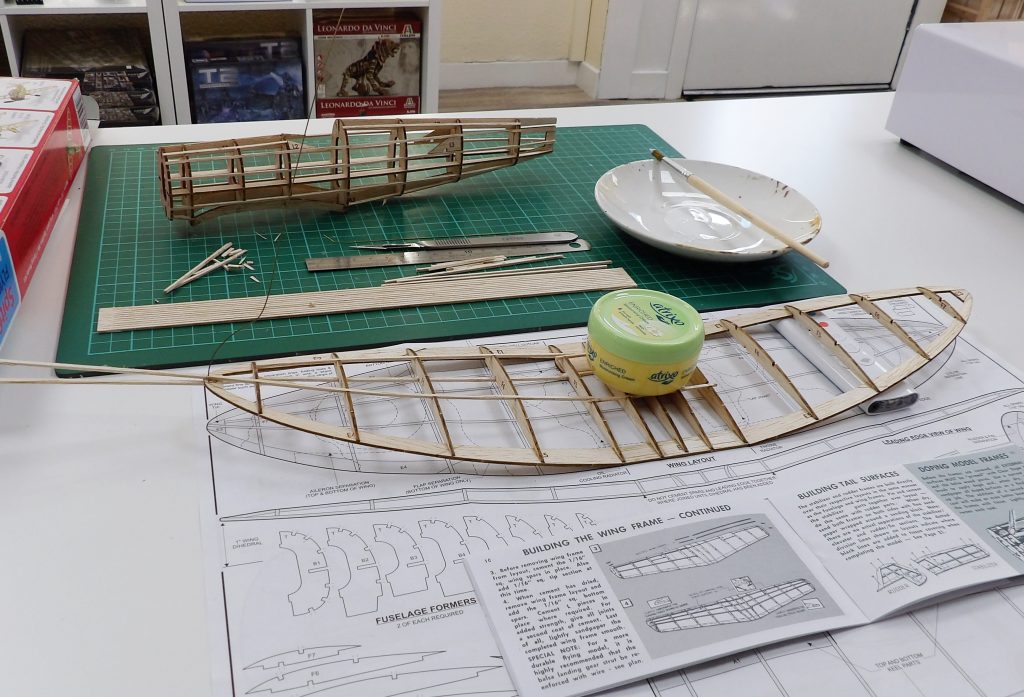 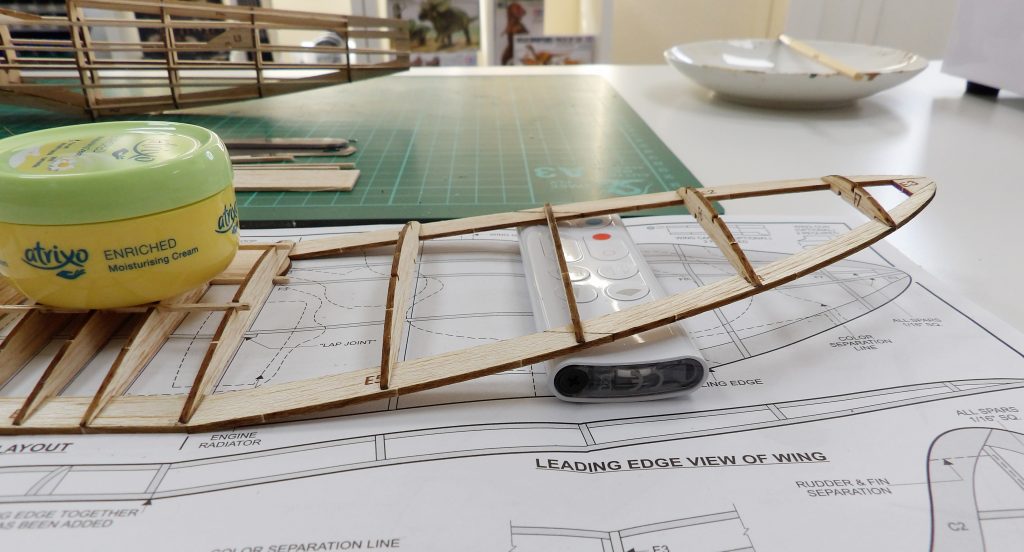 5. Here is the completed frame:

6. To cover the frame, the cover tissue was cut slightly large than each section and glued on with diluted wood glue. Finally, any excess tissue was trimmed off. 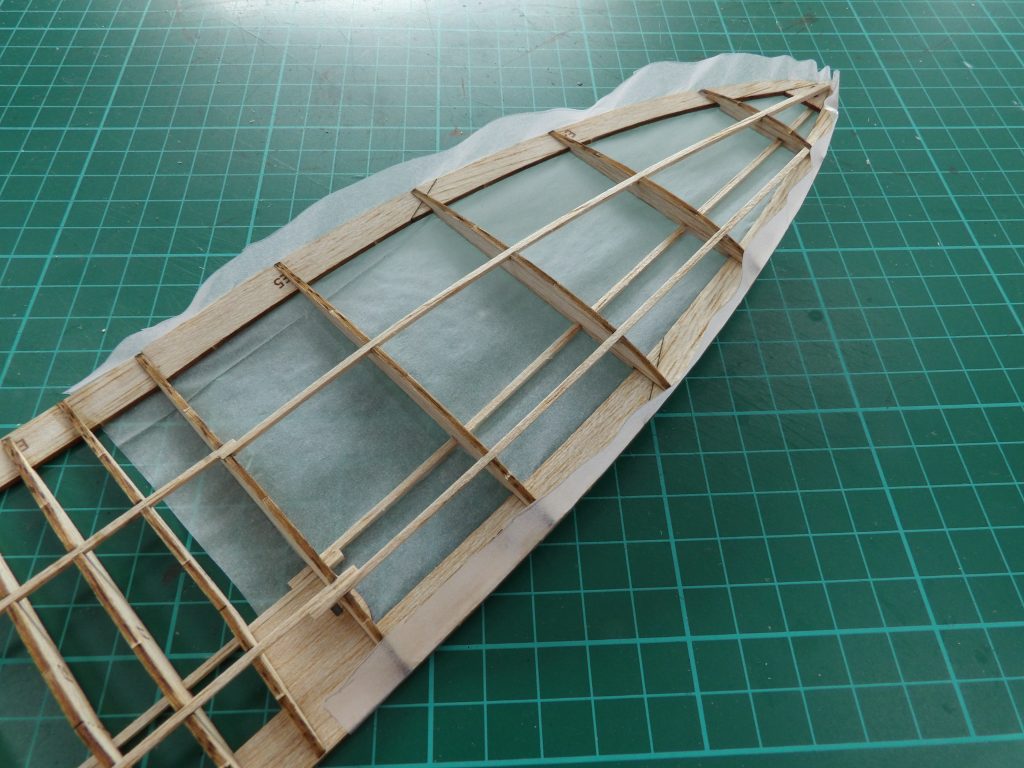 7. This is what it looked like after all the frames are covered, notice the winkles on the tissues: 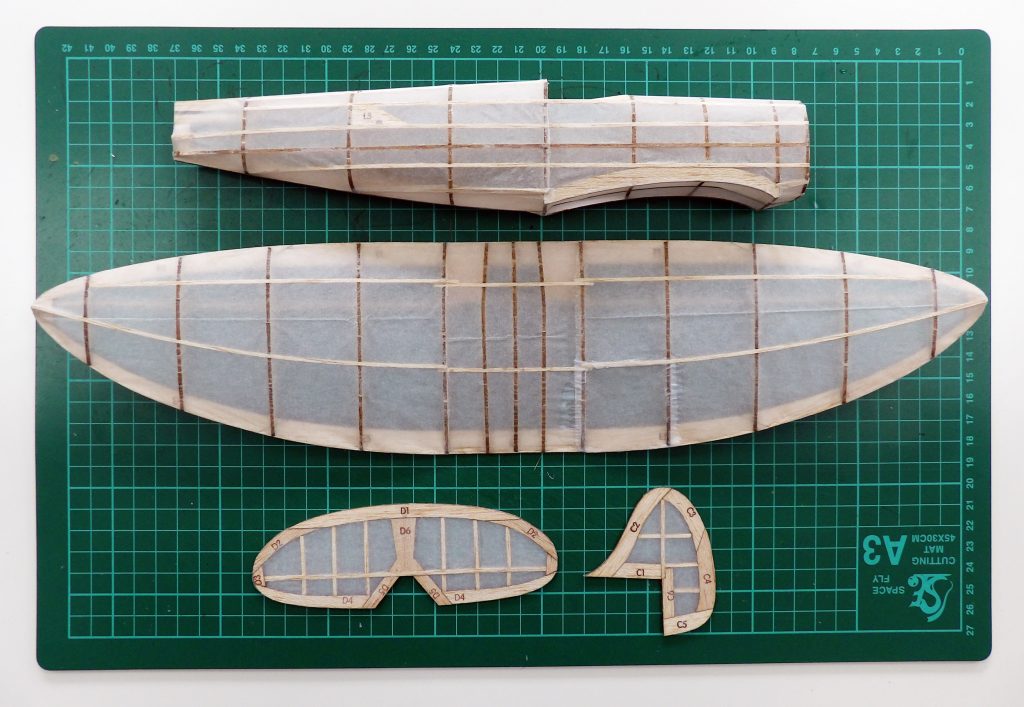 8. We lightly sprayed water over it. Once dried, all the winkles are now removed. To protect the tissues, the frame was covered with a diluted layer of wood glue. 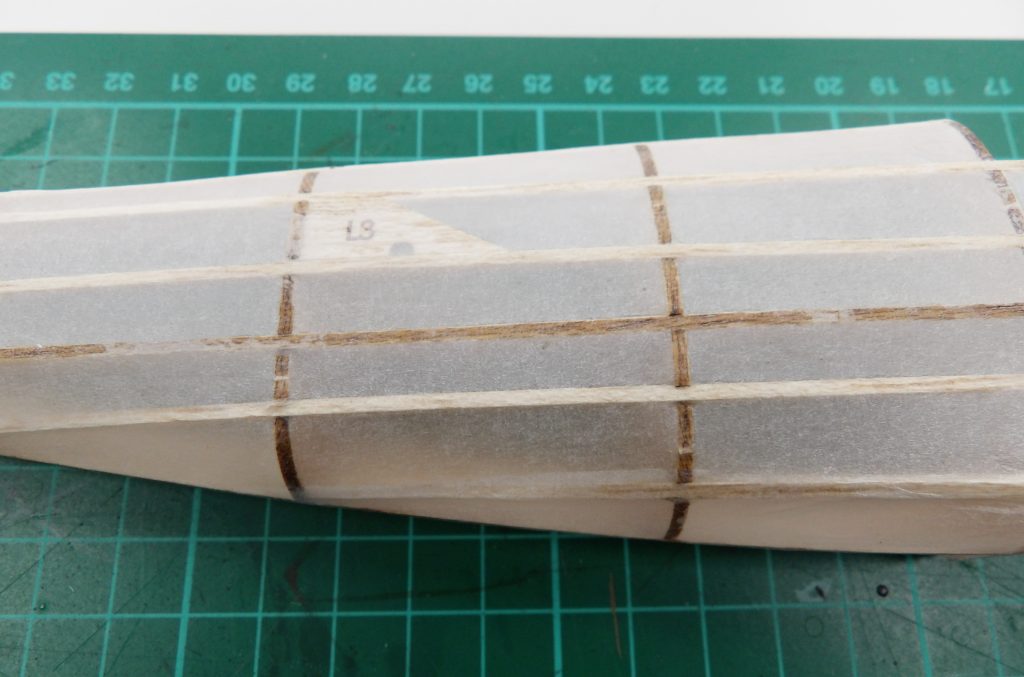 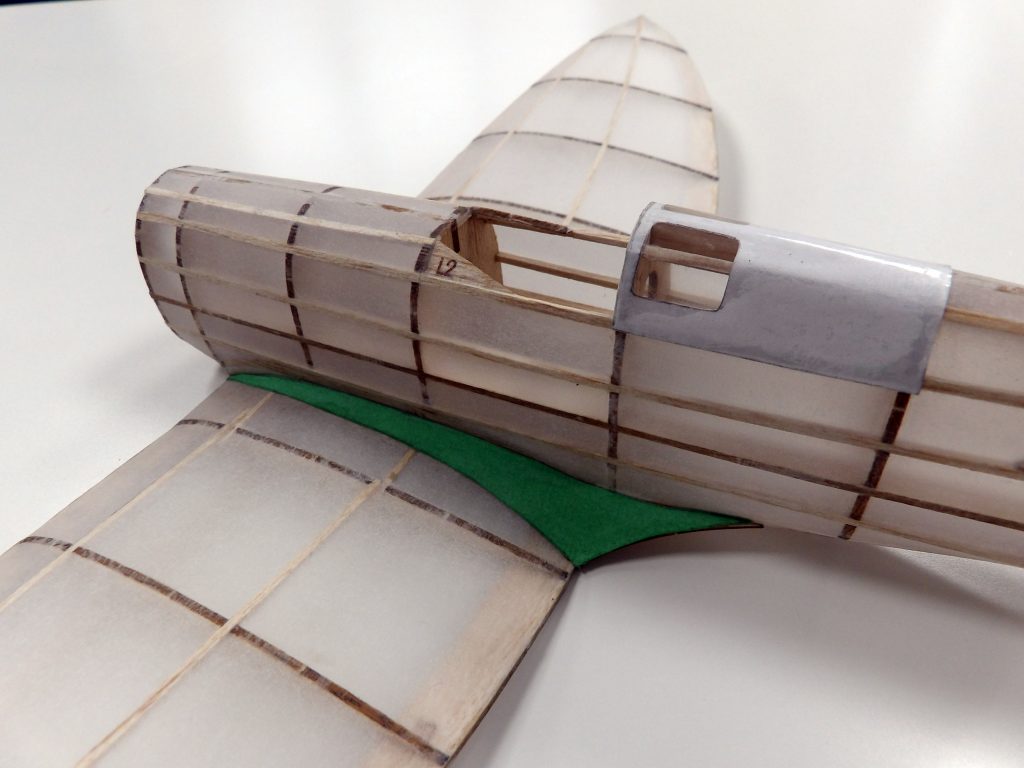 10. The plane was painted with enamel. 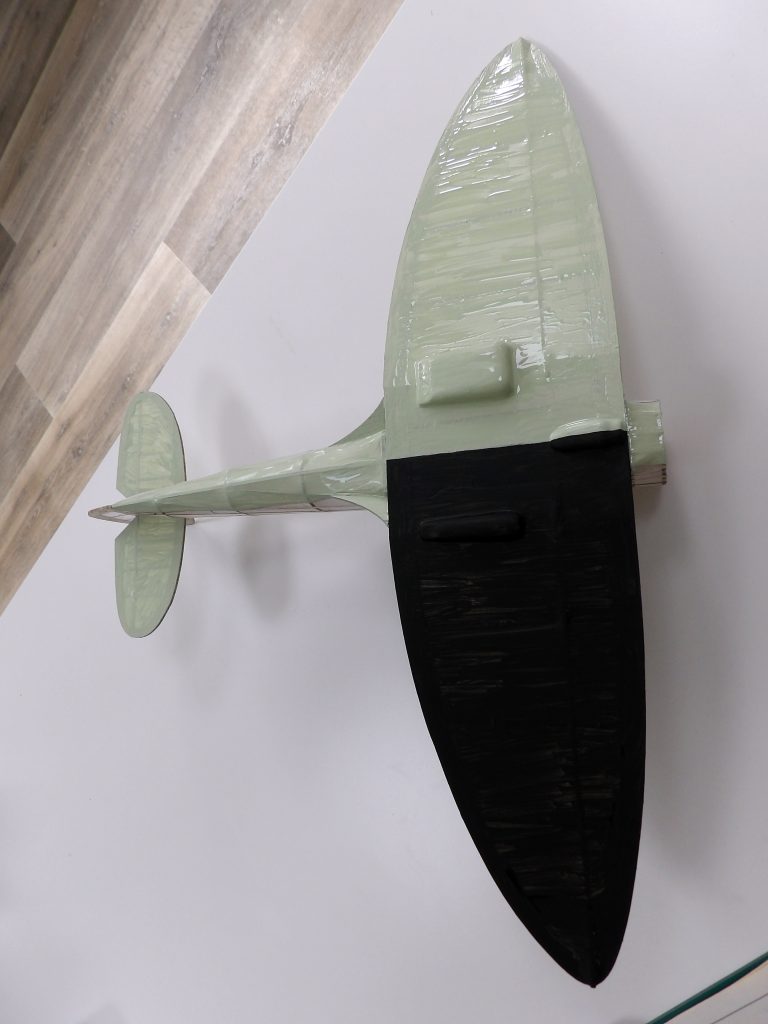 11. Lastly, the decals and landing gears were added. Here is the finished plane: 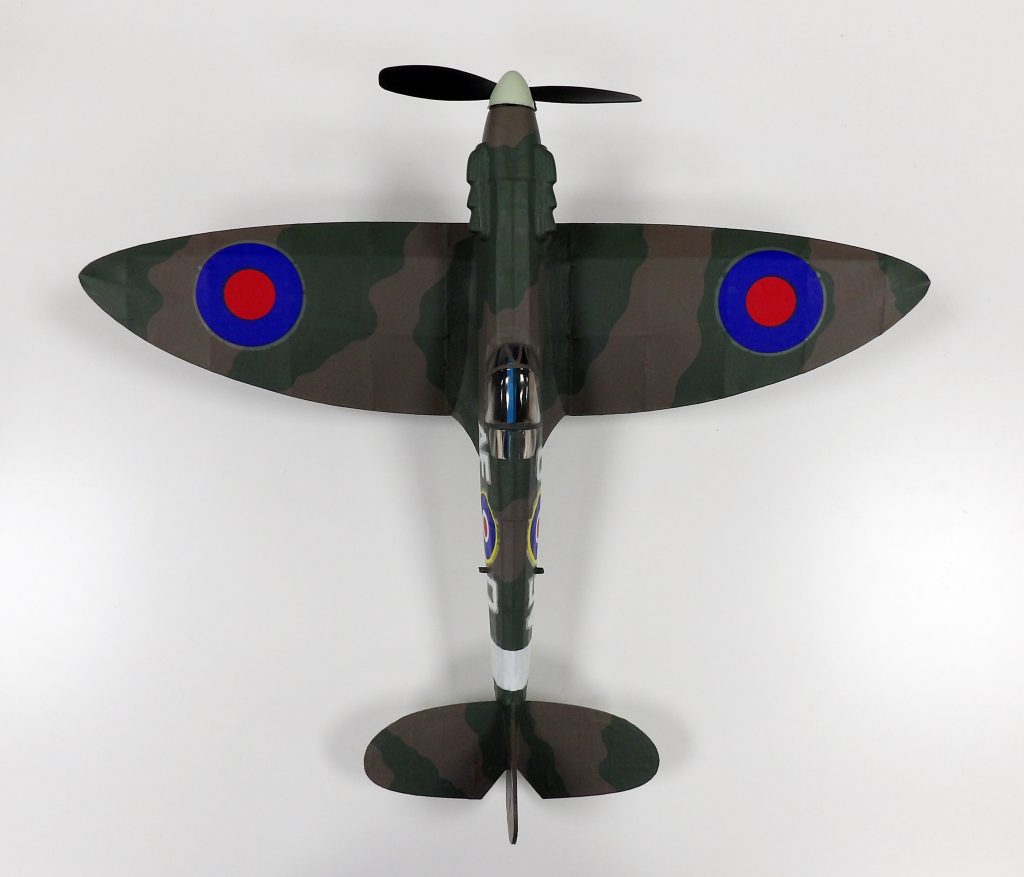 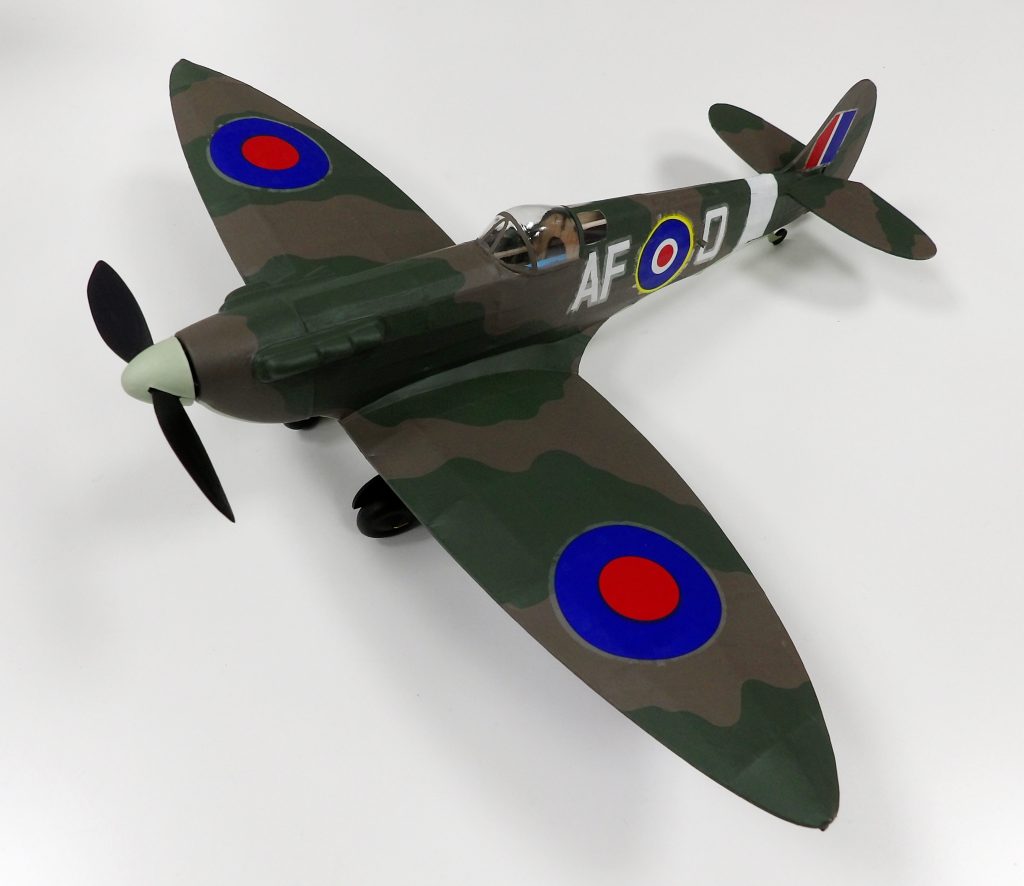 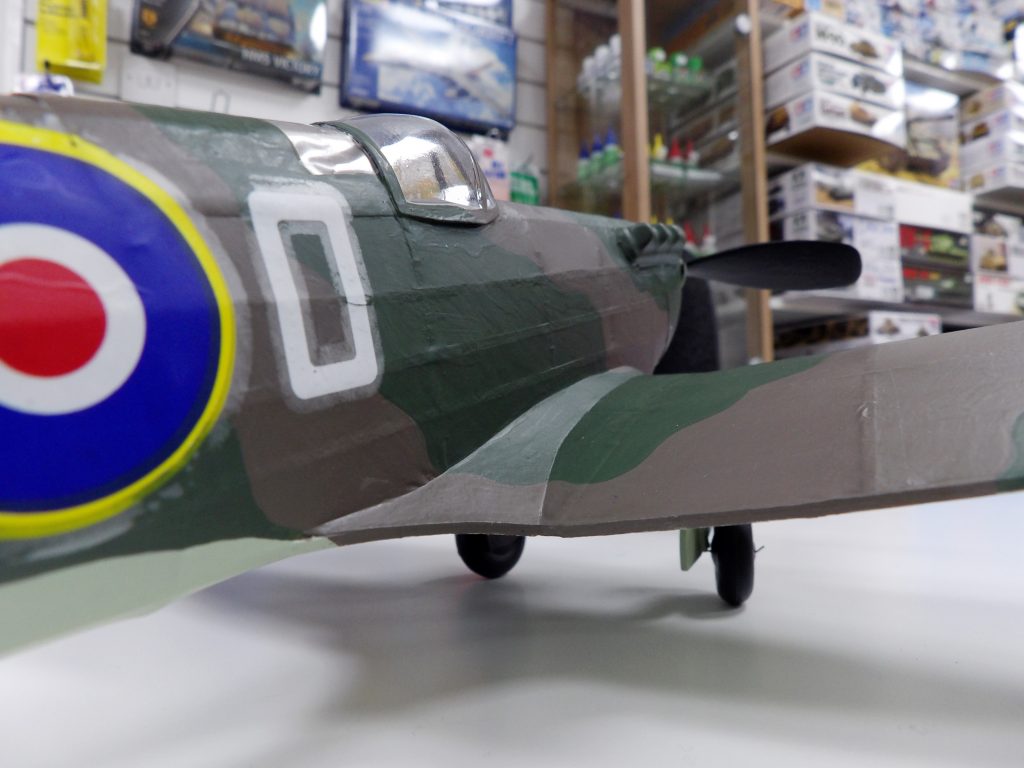